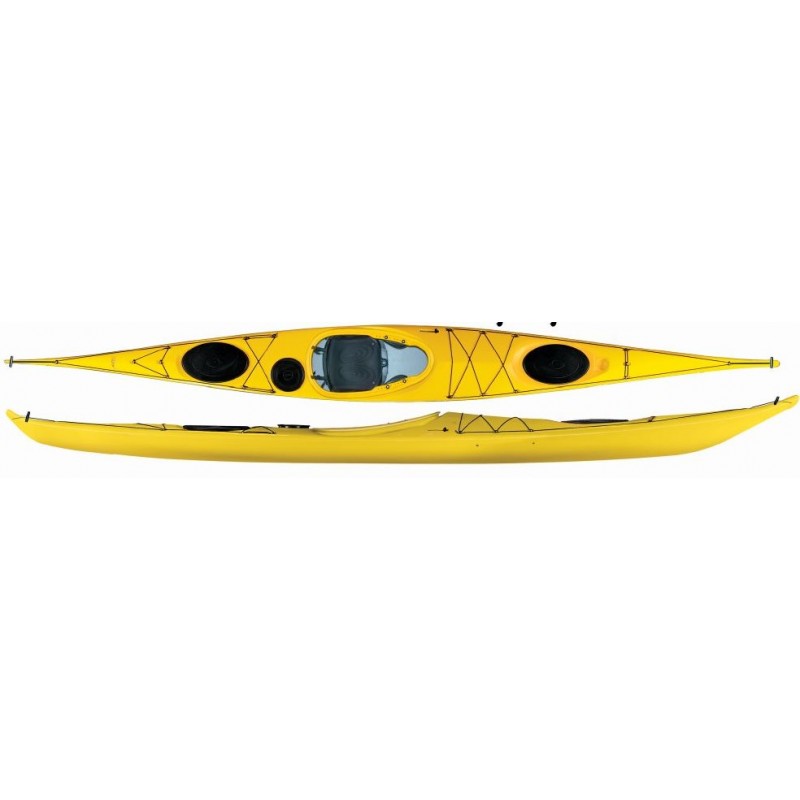 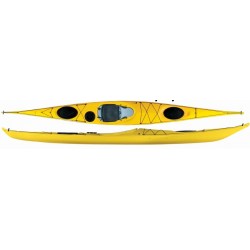 Summary – The Førti (Norwegian for forty) is the latest version of undoubtedly the most influential sea kayak ever produced, the Nordkapp! The original being designed specifically for the 1975 expedition of the Norwegian coast, to the northern most point in Scandinavia, This expedition marked the beginning of modern sea kayak expeditioning and marked a watershed in equipment designed for the sport. Paddle this kayak and you paddle a kayak that can trace it’s DNA back to that very first sea kayak expedition!
Background – Since 1975, with regular updates, the Nordkapp continued to cement its reputation as the benchmark “Expedition” sea-kayak. Despite this, there were still some who believed it had, had its day. In the year 2000, for the kayak’s 25th anniversary it went through a major face lift, in part this was to make it more user friendly, as it had gained a reputation for being a little unstable, compared to newer designs, especially for lighter paddlers or those paddling predominantly unladen. This Nordkapp Jubilee, as it was called, again proved exceptionally popular and again was the boat of choice, for many sea kayakers
In these recent years, whilst archiving some of Valley’s history and recording the evolution of its range, we were able to systematically look at the chronological development of the Nordkapp model. What came to light was quite revealing and has ultimately led us to produce this new 40th anniversary version!
It started when we measured and paddled the Nordkapp ‘Classic’, effectively the last production version of the ‘HS’ version, supposedly the original design and the version used as the basis for the Jubilee, it became apparent that this design, had changed noticeably from the original.
In hindsight, the reasons were fairly obvious. This model was one of the most popular kayaks of all time and had been in constant production for many years. Over those years many features had been added or changed; different hatches, deck-line layouts, areas for fitting differing styles of compass etc. These improvements, coupled with the need to change moulds, as they became worn-out, led to countless rounds of pattern making and mould production. Even taking the upmost care, the minute shrinkage, caused as resins cure, meant that each round of this process resulted in a slight pulling-in of radii here and surfaces there. This process, when repeated, tends to accentuate features i.e. over time a slightly rounded rear deck, becomes more noticeably rounded. A moderately “V’d” keel becomes more acute and so on. Effectively these repeated incremental changes gradually turned the Nordkapp into a caricature of itself!
Design – Whilst the changes above were unintentional, The Jubilee changes were very intentional but again, in hindsight, these were probably only deemed necessary because of those incremental changes that had crept in unnoticed. In short, the recent Nordkapp classic or HS as it was originally called, wasn’t the true original Nordkapp design. Yet it was this mutated design that was used as the basis for the Jubilee and then the later LV. Given all the change, popular though these new models were, is it any wonder, some felt it had lost something of its soul.
To make true comparison, neither the original’s blueprints nor the original mould survive today but following a chance approach, we were able to purchase back, a Nordkapp from the very earliest mould. Paddling it was a revelation; tracking, stability and trim on the water, were all better than either; the current version or the HS’s of recent years. When viewed next to the recent models, the later appeared to have become a caricature of the original, features had clearly been emphasized; the fish-form was more pronounced and had moved further forward, the ends thinned more dramatically in plan-view and there was much more rocker, especially in the bow above the waterline. In contrast, if you looked beyond the original’s metal hatches and ocean cockpit, the actual lines were, if anything, more contemporary, cleaner and more flowing. Just a very ‘sweet’ look.
From that moment, we decided, a “New” Nordkapp could not be based on recent models but instead would be based closely on that very first incarnation.
Conclusion - Effectively the Nordkapp Førti, is the kayak that we’d produce today, if we were given the original blueprints and the original design brief. Obviously as an expedition-style kayak, it competes with our own Etain, is it better? In short, there is no answer. Certainly you need to be a better paddler to really enjoy the Nordkapp, as the Etain is more stable, tracks better and is less effected by load variations. Saying that, as one experienced coach, once said “If you’re in the market for this kind of kayak, you absolutely have to try the Nordkapp. otherwise you’ll always have that nagging doubt, that you might have preferred the Nordkapp, to the kayak you actually brought!”

The Valley Nordkapp RM is the latest edition of one of the most influential sea kayaks ever produced. The Nordkapp was originally designed in 1975 for expedition of the Norwegian coast, to the northern most points of Scandinavia; these expeditions marked the beginning of modern sea kayak.

The Nordkapp RM’s hull design is closely matched to the 1975 original and features a long waterline with a sharp v-shaped hull offering a fast and manoeuvrable paddle in flat conditions, whilst the high bow rocker offers a lively ride with exceptional handling in rough water.

The Nordkapp RM is fitted out with everything you would expect to see from a top end expedition sea kayak including 2 large oval hatches and a round day hatch. The Nordkapp RM has wire operated drop down skeg of which will help with directional stability in windy conditions

The Nordkapp RM retains all the features of the composite model (Nordkapp Forit) but has been built in an advanced triple-layer polyethylene construction.

The Nordkapp RM is a true expedition sea kayak available in a tough and durable roto moulded construction that is ideally suited to a wide range of paddlers and environments.

28 other products in the same category 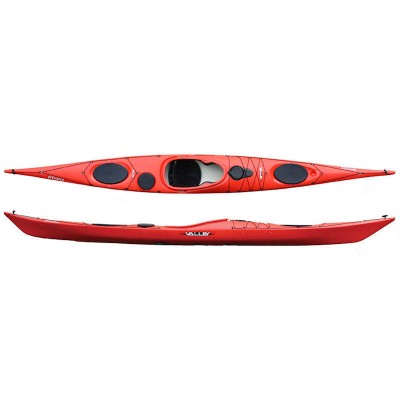 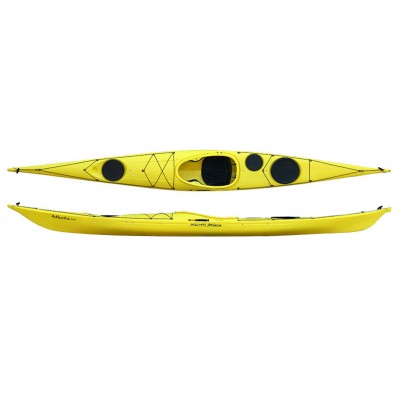 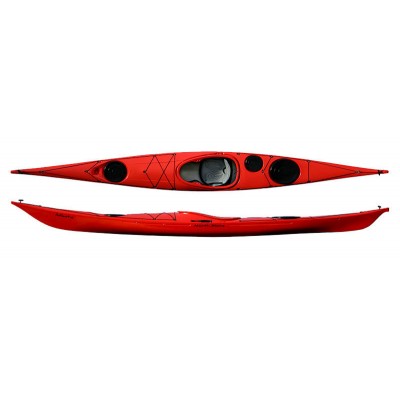 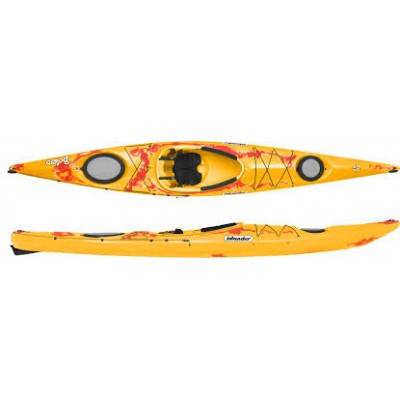 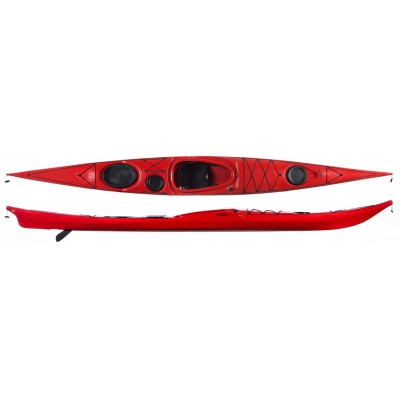 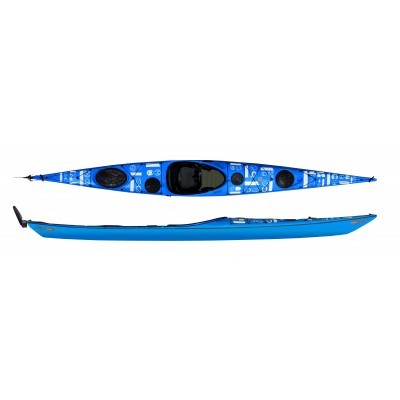 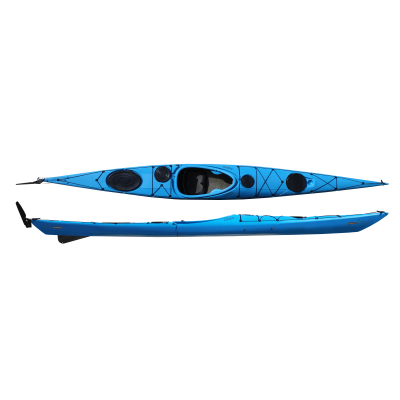 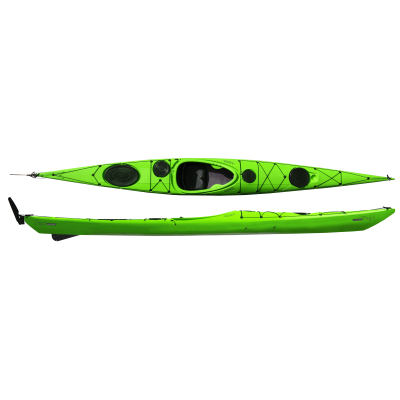 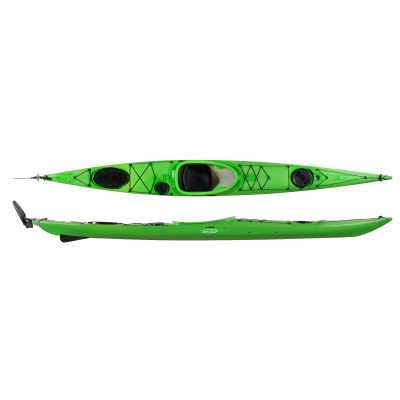 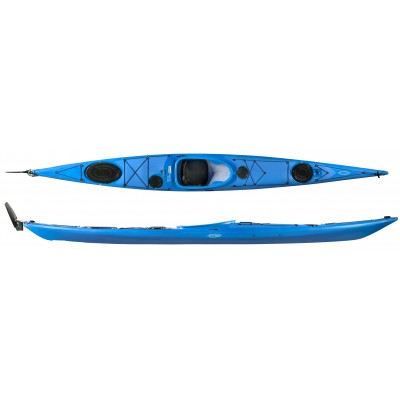 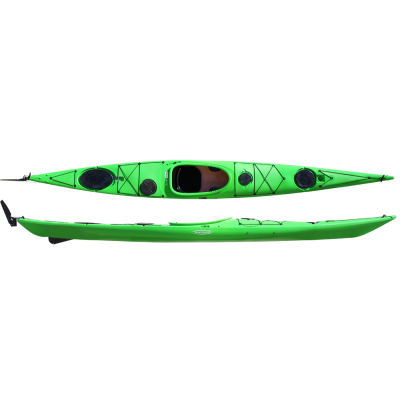 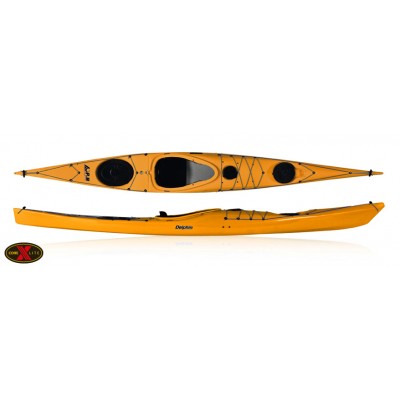 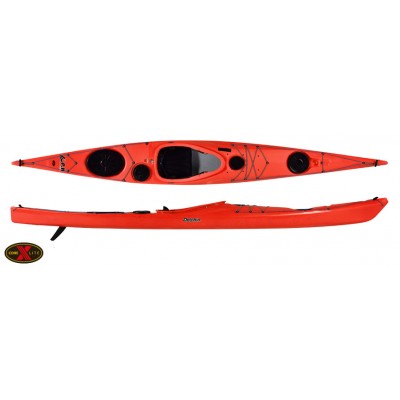 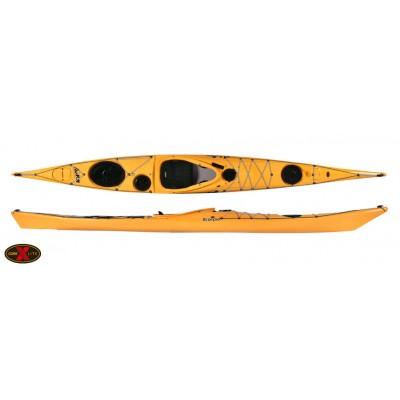 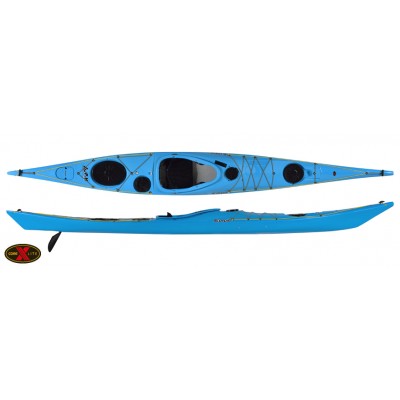 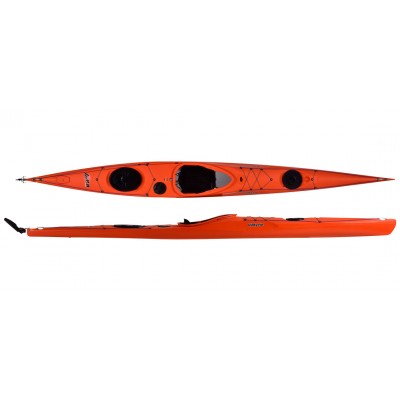